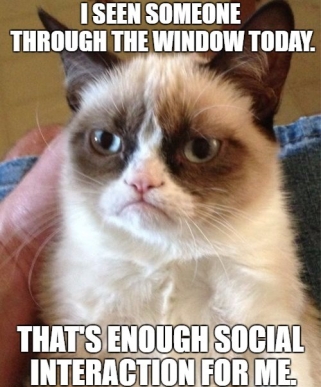 When the Supervisors meeting was cancelled and everything was put on hold, pretty much everything smelter related stopped…including our updates.  I saw someone request a source for the latest update on the smelter the other day on social media and it occurred to me that we should at least give everyone an update on where things stand.

At this point, we do not expect the Special Meeting with the Supervisors will occur until late this year, maybe October, November or even December.  (This comes from District 3 Supervisor, Holly Irwin).

She has publicly stated that she has instructed all staff involved to not re-schedule the Special Meeting until the fall when the winter visitors and residents return.  She further stated that “everyone has a right to be present, to voice their opinion, whether you are for or against this issue.”  She has the ability to enforce this since she is currently Chairwoman of the Board.

The Special Meeting will be interesting since all of the Supervisor positions are up for election this November.  D.L. Wilson has announced that he is not running again and as far as we know as of this date, no-one has pulled papers to run in his stead.  We are unsure at this point how this may impact D.L.’s vote, but we had an indication before the meeting was postponed that he would vote against the smelter.

Duce has some competition this November.  It seems that Jeff McCormick, the disgruntled former Director of Community Development, has pulled papers to run against him.  We know that Jeff is against the smelter; however, it is unlikely that this will ultimately matter and he is probably a long shot to defeat Duce.  In the final days before the meeting was postponed, it appeared that Duce was also wavering in his support of the smelter.

A former employee of the county is running against Holly Irwin in District 3.  It is Gary Zak, which many of you know.  This is not the first time that Gary has attempted to defeat Holly for the seat and it is unlikely that this will change the outcome with regard to the smelter.

In any event, everything regarding the smelter is in a holding pattern.  It would appear that the company also recognizes this and has stopped having Rose Law/PR firm do anything at this point as well.  They have not demonstrated a marketing effort or even a post on their Facebook page since March 23rd.  This is good news since we all are dealing in some fashion with the COVID-19 pandemic.  This holding pattern gives us all an opportunity to focus on what is important right now.

Some of you have already received a copy of the document I sent to the Supervisors just prior to the Special Meeting, but I wanted to post it here so our current concerns about the smelter is available to everyone.  (This is in spite of the changes that they supposedly will agree to make).  I will be sending this to the Supervisors again when things start up again.

As you all know from the email address, this is Gary Saiter.

Once again, I am asking you to honor the wishes of this community and vote no on Alliance Metals application.  The facts, from a planning and academic perspective, have been voiced, typed and shared, so I will attempt to not repeat much of that.  I would simply like to briefly summarize recent events.

This process, arduous for many, has been going on for a year now!  Alliance came to McMullen Valley without speaking with the community, contacting local elected officials, holding community meetings; all of the things that a responsible company would do if they wanted to be a good neighbor.  Since none of that was done, they lost all credibility with the people of the valley, and now, most mistrust Alliance. Our community first heard of their plans when they briefly appeared and were then deleted from the agenda on the April, 2019 P&Z agenda.

Since that time, a lot has happened, and the community has come together to oppose this development in a historic way.

In fact, the opposition and shear number of people involved in opposing this development is most likely the largest political event since La Paz County was formed.

Due to meetings that were arranged by Duce, Alliance Metals and Rose were given an opportunity to try and win the community over by considering some stipulations and adjustments to their business model.  In that attempt, they sent a letter from Loren Barton to the residents of the Valley.  It is an understatement to say that it was not well received and it was also not well implemented.  Many people did not receive the letter, many received envelopes that were empty, and many received multiple copies of the letter in the same envelope.

The general response was that people did not care about the stipulations as they were not enough and they simply did not believe the company.

Alliance next step was to hold a Tele-Town Hall Meeting.  They did nothing to promote this event, so it did not touch many people.  They supposedly called from voter rolls information, but did not execute that well either.  Many registered voters did not receive a call and many who did hung up as they are on the Federal Do Not Call Registry. Many people were upset with this interruption to their busy day and were upset as it was simply labeled as untruthful propaganda.

On the letter Alliance sent, they announced they would hold a two-hour open house at Salome Restaurant on one day and another one at Crystals in Wenden the next day.  This blew up on them as well.  The owners of the restaurants were not contacted to discuss these open houses; which caused extreme pushback, by them, their employees and the public that became aware of the slight.  Loren did show up at the Salome Restaurant and was allowed to eat, but not allowed to speak with anyone.  (He was simply turned away at Crystals).

Even this plan shows a lack of understanding of this community as well as a lack of common courtesy.

Next, Alliance held an Open House at our community center and was surprised at the turn out.  The amount of stakeholders showing up was much greater than they had anticipated.  One again, they under estimated the community…over 100 people attended! There would have been more citizens in attendance had Alliance given the community more advance notice and if local activities had not been prevalent.

At the open house, I listened to most of the questions and Loren’s answers.  There were no people that spoke out in support of the smelter.  Most people were courteous in asking their questions and making their comments; however, many were quite agitated and angry.  Loren, for his part, hung in there and answered questions and comments as best as he could and of the responses I heard, which was most of them, he was correct about 70% of the time on his facts.  Thus, once again exhibiting a limited grasp of the facts and issues as he has done consistently since this all started.  At the end of the meeting, he asked one resident,

“So if we had planned on putting this plant in another location we would not have gotten this kind of push back?”  He was told, that that is correct.  Wow, where has he been this last year!

In listening to people’s feedback after the meeting it was very negative.  People though it was very unprofessional as there was no presentation as they expected, just Loren standing with groups of people answering questions and fending off attacks.  People thought it was a waste of time, did not care about any stipulations or modifications they were prepared to make and generally did not believe most of what Loren said.  In fact, in an article in the Parker Pioneer reporting on the Open House, Loren is quoted as saying “I saw a lot of opposition”.

Holly and D.L. were also in attendance.  D.L., you know for yourself what the response was as you were surrounded by residents from the time you entered until the time you left, or at least all of the public left.

I bring this all up because of two things.

While I give credit to Alliance Metals for attempting to make changes that would satisfy the community, they again underestimated us and showed a lack of understanding of this valley.  NOTHING HAS CHANGED!  THEY DID NOT CHANGE THE MIND OF EVEN ONE RESIDENT!

The fact remains that this is an aluminum smelter and that along with the location they chose carries certain issues and risks that no number of stipulations can protect against.

The investment, as stated by Loren Barton, is now reduced by about 25% to $22.5 million so the tax contribution to the county would be a mere $9,000, an insignificant amount.  The number of jobs would be reduced from 30 to 20.  For all the touted economic benefit, this does not even come close to countering the risk to our health, safety, economy and reduced property values.  The building of this facility will  cause people to move away and for many winter visitors to seek somewhere else to visit.  This is not why people have chosen to live here, buy property; spend money locally and to visit.

Additionally, the county has no legal method of holding Alliance Metals to any stipulations that they may agree to without issuing a CUP.

Without a CUP the county will be putting all of the residents in jeopardy and not doing their job to protect our assets and us.  As all three of you know, a CUP requires a unanimous vote.  I do not believe that you can achieve that, meaning that this project should be rejected.

Please do not put your trust and the future of our community in the hands of a company that:

TRUST THE RESIDENTS OF MCMULLEN VALLEY TO KNOW WHAT IS BEST FOR THEMSELVES!

PLEASE DO NOT PUNISH THE COMMUNITY FOR THE OUTRAGEOUSLY BAD BUSINESS DECISION MADE BY TECHNOCON AND ALLIANCE METALS!

I ask all three of you on behalf of the residents and winter visitors of McMullen valley to reject this project.  Please do not pass this back to P&Z and simply delay the process.  That is not fair to our community or to the company.  Please honor your sworn duty to our representative government and vote with the wishes of the community.  Protect the Valley’s future and way of life.

That’s about it for now.  If something happens we will be sure to let you all know.  In the mean time, take care of your families and be safe, I know that we will be doing the same.